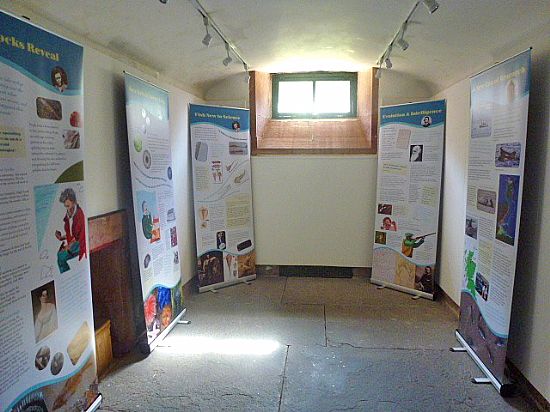 The award of a Royal Society ‘Local Heroes’ grant led to a joint project between Cromarty Courthouse, NTS Hugh Miller’s and Aberdeen University Lighthouse Field Station, for which I researched, wrote and designed the 6 banner exhibition 'Miller and Romanes : two local heroes'.

All the organisations involved worked together to share Miller and Romanes’ achievements and to inspire others to look afresh at their local area. This was a rewarding project to work on – sharing ideas, and bringing together history and science. And what more appropriate place to be working than by the shores of the Cromarty Firth – provider of inspiration to Hugh and George, home of the first zoological field station in Britain, and now home to Aberdeen University Lighthouse Field Station who, nearly 150 years on, continue to use keen observation to create new scientific understanding.

Born a generation apart geologist Hugh Miller (1802 – 1856) and biologist George John Romanes (1848 – 1894) had much in common, including an endless curiosity about the natural world. George had Cromarty connections too. His mother, Isabella, was the daughter of a Cromarty minister – Robert Smith. He served his parish for 35 years from 1789 – 1824, and Hugh would have attended the Reverend’s services in the Parish (now East) Church. The Romanes family retained close ties with the area, and spent their summers across the firth from Cromarty at Dunskaith House (largely burnt down in the 1960s).

Both Hugh and George enjoyed the childhood freedom to wander, explore and wonder, and for both of them this seems to have given a determination to follow their own course and stand up for what they believed - sometimes against the odds. Christianity was important to both men, but in neither case did they let this cloud their clear scientific thinking, their desire to learn and to understand. Hugh Miller’s achievements in the fields of geology, journalism and the founding of the free church live on through the NTS museum and friends group, but Romanes has been largely forgotten. In his lifetime, his work was ground breaking. His meticulous study of the nervous system of jellyfish, undertaken at Dunskaith House, won the Royal Society prize for best biology paper of the year in 1876, and remains accurate today.

Charles Darwin had links to both men. We know that he read and admired Hugh Miller’s work, and several decades later he was to become a friend and frequent correspondent with George Romanes. Together they discussed many of the scientific issues of the day, and encouraged one another in their work. Their letters reveal both mens attempts to understand the processes of evolution, and after Darwin’s death Romanes published ‘An additional suggestion on the origin of species’ which looked at role of physiological selection in evolution. The publication of the paper angered the scientists who believed that natural selection explained everything. Romanes’ ‘suggestion’ holds true today, supported by our detailed understanding of genetics. Romanes’ interest in evolution led him to look at animal and human behaviour - a field of study then in its early stages, and for which he is now considered one of the founders.

Pictures below: Romanes and Miller by Markus Bow 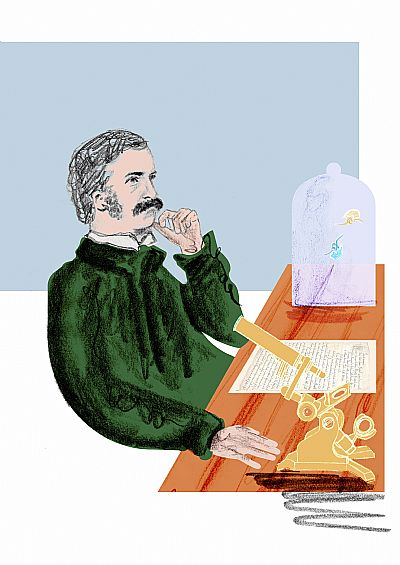 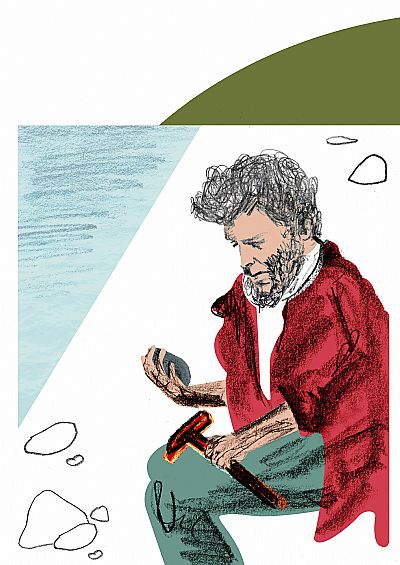 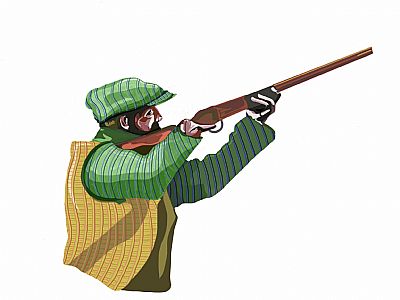 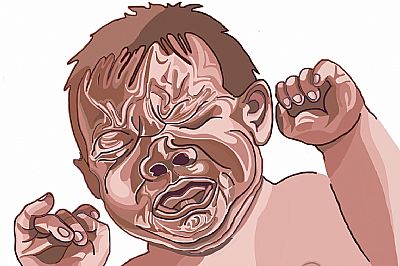 Please note that whenever you submit something which may be publicly shown on a website you should take care not to make any statements which could be considered defamatory to any person or organisation.